Aaron Judge hit his 61st home run of the season to tie the American League record and the visiting New York Yankees defeated the Toronto Blue Jays 8-3 on Wednesday night.

Judge‘s blast to left came on a full count against Tim Mayza (8-1) with no outs in the seventh inning and Aaron Hicks at first after a single.

Judge, whose homer snapped a 3-3 tie, matched the AL mark set by Roger Maris as a Yankee in 1961. He finished the night 1-for-4 with a walk, ending a seven-game stretch in which he went homerless after hitting No. 60.

Brandon Woodruff tossed six scoreless innings and Devin Williams worked out of two late-inning jams as Milwaukee moved within a half-game of the final National League wild-card spot with a win over visiting St. Louis.

Milwaukee closed within a half-game of Philadelphia for the third wild card. Philadelphia holds the head-to-head tiebreaker against the Brewers. Woodruff (13-4) scattered five hits while striking out 10 and walking one. It was his fourth consecutive start with at least 10 strikeouts.

After the Cardinals scored a run and put runners on second and third with one out in the seventh, Williams entered, intentionally walked Lars Nootbaar then got Juan Yepez on an inning-ending, double-play bouncer to short. In the eighth, the Cardinals got runners on first and third with one out, but Williams struck out Knizner and Ben DeLuzio. Brad Boxberger finished with a perfect ninth.

Gabriel Arias went deep for the first time in the majors and Steven Kwan was 2-for-4 in support of Triston McKenzie, who yielded just one run and three hits over a strong six-inning start. James Karinchak (2-0) struck out the side in a perfect 10th to help Cleveland move to 13-5 in extra innings.

Tampa Bay’s Ji-Man Choi was 2-for-3 with a double and scored the Rays’ only run on an RBI single by Christian Bethancourt. In a 50-pitch start to begin his 2022 season, Tyler Glasnow — who had Tommy John surgery in 2021 — allowed one run on two hits in three innings.

George Kirby pitched six strong innings as Seattle crept closer to its first playoff berth since 2001 with a victory over visiting Texas.

It was just the fourth victory in the past 12 games for the Mariners, who increased their lead over the Baltimore Orioles to 4 1/2 games for the American League’s third and final wild-card berth. Kirby (8-4) rebounded from one of the worst starts of his rookie season by giving up one run on five hits.

The Rangers lost for the fourth time in their past five games. Left-hander Martin Perez (12-7) took the loss despite making a quality start. He allowed three runs on five hits in seven innings.

Brebbia combined with Sean Hjelle (1-2), Shelby Miller, Tyler Rogers and Yunior Marte on a four-hitter. Brebbia has pitched a scoreless first in all nine of his starts this year, matching the record set by the Tampa Bay Rays’ Ryne Stanek in 2018 and tied by the New York Yankees’ Chad Green in 2019 for the most consecutive scoreless starts in a single season.

Trout’s homer leading off the fourth inning, his 38th of the season, sparked a three-run rally in support of Lorenzen (8-6). The right-hander gave up one unearned run in the first inning and nothing else in five innings.

Freddie Freeman broke up a scoreless tie with a run-scoring single to center with one out in the 10th inning, giving visiting Los Angeles a shutout victory over San Diego.

Jake Cave went 3-for-3 with two doubles and two runs scored and Gio Urshela also had three hits as host Minnesota beat Chicago to move into a tie with the White Sox for second place in the American League Central.

Luis Arraez went 2-for-5 with an RBI to boost his average to .313 to move into a tie for the AL batting lead with Judge. Matt Wallner had two hits, including a double, and drove in three runs while Jose Miranda went 2-for-4 with a double, a run scored and an RBI. It was Miranda’s fourth consecutive multi-hit game.

Caleb Thielbar (4-2) retired all four batters he faced in relief of starter Josh Winder to pick up the victory for the Twins.

After the Reds scored three runs in the top of the ninth to tie it, the Pirates faced Alexis Diaz (6-3) in the 10th. Pinch runner Rodolfo Castro opened at second, and Cincinnati intentionally walked Ben Gamel. Ke’Bryan Hayes struck out and Jack Suwinski was out on a pop foul before Newman singled to shallow center to drive in Castro.

That gave Newman a 10-game hitting streak and five career walk-off hits. Oneil Cruz hit a two-run double and Miguel Andujar added an RBI double for the Pirates. Kyle Farmer and Jake Fraley hit back-to-back homers in the ninth, and Jose Barrero was 3-for-4 with the only hits off Pirates starter Bryse Wilson.

Cabrera’s long ball was his first since July 25 and fifth of the season. Detroit’s scheduled starter, Matt Manning, was scratched moments before the game due to arm fatigue. Emergency starter Will Vest gave up one run in one inning. Daniel Norris (1-4) pitched two scoreless innings and was awarded the victory.

Kansas City starter Daniel Lynch (4-12) gave up two runs and five hits in six innings. The Royals got a leadoff homer from MJ Melendez off Vest, but then left 13 runners on base.

Eduardo Escobar drove in all five New York runs, ending the game with a walk-off single in the 10th inning, as the Mets overcame a four-run deficit to beat visiting Miami.

Escobar also hit a two-run homer in the seventh and a two-run single in the eighth for the Mets (98-58), who took a one-game lead over the Atlanta Braves in the National League East by virtue of the Braves’ 3-2, 10-inning loss to the Washington Nationals earlier in the night. The Mets and Braves are scheduled to begin a three-game series in Atlanta beginning Friday, though the series may be impacted by Hurricane Ian.

With automatic runner Francisco Lindor at second, Dylan Floro got Mark Canha to line out to right, then intentionally walked Jeff McNeil before Escobar singled to left. Lindor beat the throw home as Escobar, standing on first base, slammed his helmet to the ground and pounded his chest. Teammates mobbed and eventually held aloft Escobar.

Hill (8-7) struck out nine — his second-highest total of the season — and walked only one while allowing just five hits. Matt Barnes tossed a scoreless ninth inning for his sixth save.

Robinson Chirinos hit an eighth-inning homer for the Orioles, who have lost two straight and four of their past five games. Dean Kremer (8-6) allowed three runs on six hits in a five-inning start.

Victor Robles bunted leading off the 10th against Jackson Stephens (3-3). Robles was called out after a review, but Call advanced to third on the play. Pinch hitter Cesar Hernandez walked. Lane Thomas grounded to third for the second out, but Abrams ended the game with a single to right.

Matt Olson hit his 30th homer of the season and added a single for the Braves, who had won four straight. Atlanta starter Jake Odorizzi was lifted after 3 2/3 innings. He allowed two runs — one earned — on four hits.

Christopher Morel hit a tie-breaking three-run homer in the fifth inning, and fellow rookie Hayden Wesneski allowed one run while pitching into the sixth, as host Chicago beat Philadelphia, which has dropped four straight.

With the game tied 1-1 and two on, Morel got enough of an Aaron Nola pitch to line the ball into the left-field basket. Morel ranks among the rookie leaders with 16 homers and helped his team to a third straight win and seventh in eight games.

All four runs allowed by Nola (10-13) were earned. He also yielded five hits and fanned eight without a walk, but his Philadelphia teammates stranded 12 men and went 2-for-16 with runners in scoring position. Nick Castellanos had three hits for the Phillies, who are 0-5 vs. Chicago in 2022.

Shortly after Daulton Varsho bounced into the go-ahead fielder’s choice, Walker plated Varsho and Jake McCarthy with his hit off Astros reliever Bryan Abreu. McCarthy reached on the second infield single of the 10th for Arizona, which denied the Astros a shot at clinching home-field advantage in the American League postseason.

Will Smith took the loss for Houston. Mark Melancon earned his 18th save for Arizona by retiring the side in order in the bottom of the 10th. 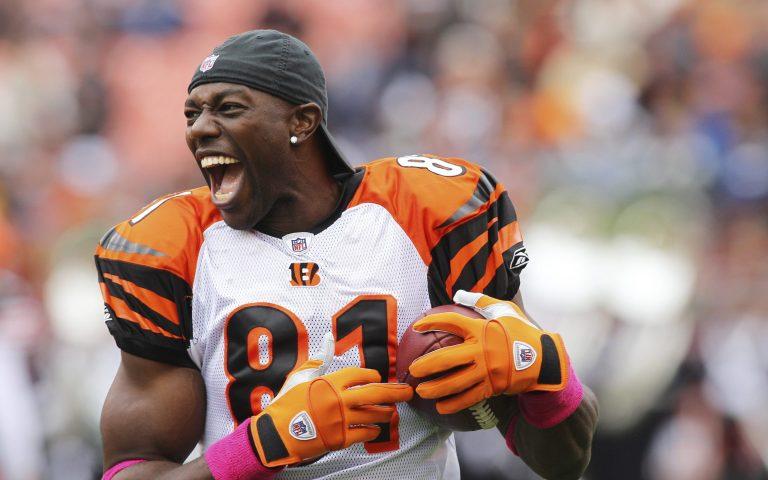 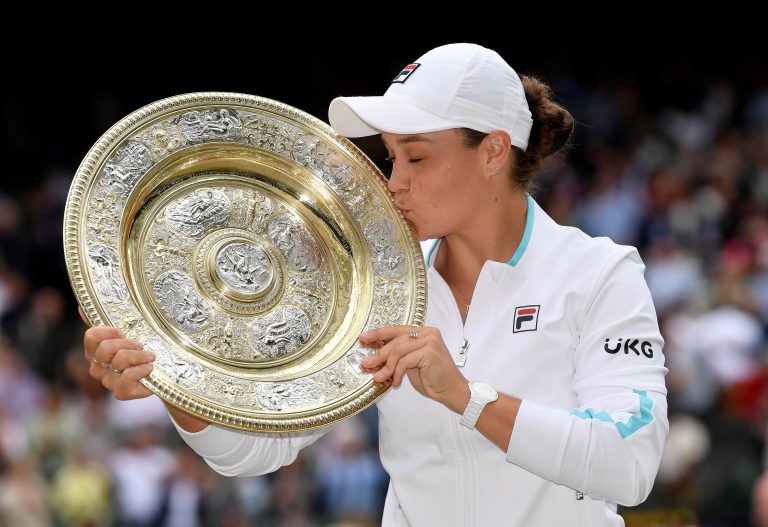 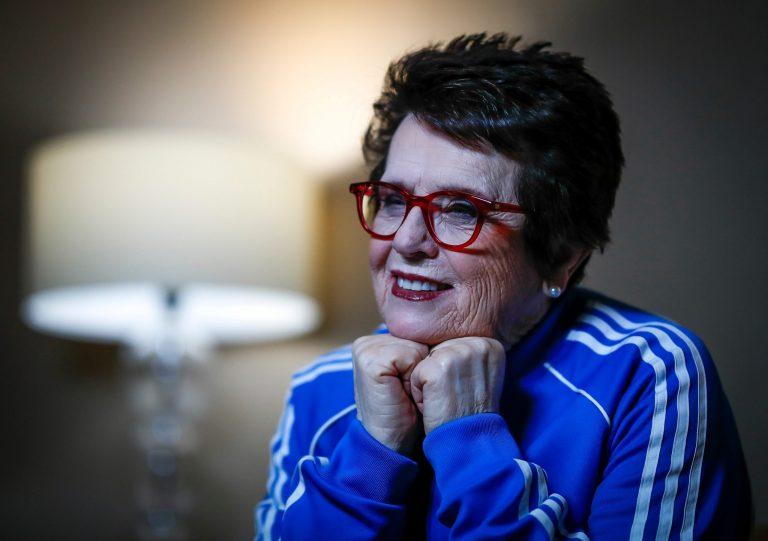 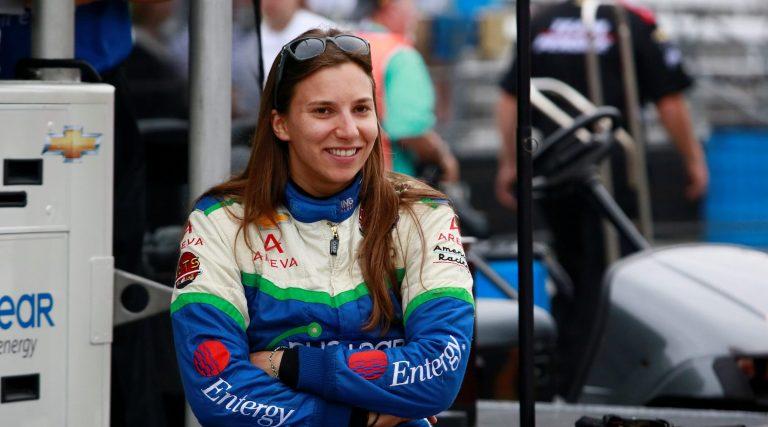 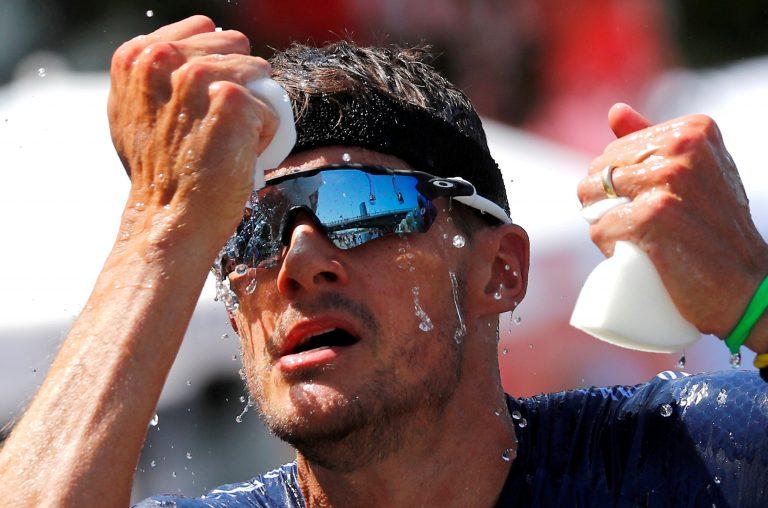