Olympics-After beating cancer and COVID, Lowe refuses to back down

Olympic medallist Chaunte Lowe said that beating breast cancer only to come down with a potentially life-threatening case of COVID-19 has added fuel to her desire to defy the odds and make a fifth U.S. Olympic team.

In 2019, the American high jumper discovered a lump and, after initially being told by a doctor not to worry about it, later discovered it was an aggressive form of cancer that required a double mastectomy and gruelling chemotherapy sessions.

Lowe rallied after the treatments and was confident in her chances of making the team when, a few months ago, her eldest child began displaying symptoms of COVID-19, a disease the 37-year-old was told to avoid at all cost given her compromised immune system.

Soon it would spread to her other two children and husband, and along with the headaches, nausea, fatigue and muscle pain came a sinking feeling of fear.

“When I found out all five of us had COVID, I was terrified,” Lowe told Reuters in an interview.

“Once again having that conversation with my husband, telling him goodbye.”

Thankfully, the worst did not come to pass but when she returned to training, Lowe felt tightness in her chest, back and lungs.

She is improving but is tempering her expectations ahead of next month’s Olympic trials in Eugene, Oregon, where she will need to finish in the top three to punch her ticket to Tokyo.

“I’m trying to figure out where I am in these last few weeks before trials and hoping that my strength returns,” she said.

“To be honest, I am uncertain. But I know the fight I have in me and I know I’m not going to back down even a little bit.

“I have to put my foot completely on the gas and I’m pulling out every trick in my bag to try to make that team.”

Lowe said her struggles have inspired her to spread a message of total health – from your mind to your skin – and she has partnered with Olay and Walgreens on a campaign to help women make more informed decisions about their well-being.

“One in eight women in their lifetimes will get breast cancer, so I decided to train for Tokyo Olympic Games through chemotherapy as a sounding board to get the message out to more women,” she said.

“Maybe they will hear my story and become more attuned to what they could do for their own breast cancer prevention and early detection.”

Despite the hurdles she has faced, Lowe insists hers is not a sad story.

“Even though these things happened, this is a story of hope. All of us are facing a lot of challenges right now but finding ways to navigate through them and being resilient is the best gift that we have,” she said.

The Olympic trials begin on June 18. 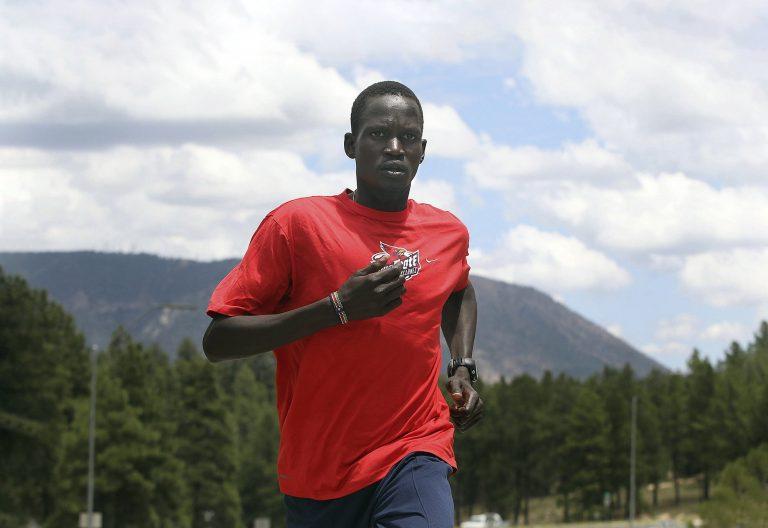