Sport has the power to change the world. Whether on the pitch or the court, sports bring together people from all across the globe around a common goal: the love of the game. That pursuit exists beyond cultural, religious, and language barriers, focusing on developing friendships, commonalities, and participation.

For South African-born Canadian Steve Nash, sports have proven an effective platform from which to empower change and create opportunities for growth and development—not just for players, either.

“Growing up, my parents really modelled a community ethic for my siblings and me—it was just a given that part of existing in society meant contributing in some way,” Nash recalled. “When I entered the NBA and had an opportunity to give back, we began right away.”

Founded in 2004 by Nash and his family, the Steve Nash Foundation (SNF) works to assist underserved children in their health, personal development, education, and enjoyment of life.

Through a range of programs, SNF focuses on investing in resources that children need to grow, learn, and thrive, translating Nash’s legacy of assists to benefit underserved and vulnerable children worldwide.

The Love of the Game

Nash has made an incredible impact both on and off the court. The two-time NBA MVP was one of only ten players to win the award in back-to-back years and the first Canadian to do so. While the Foundation doesn’t work in sports programming, true to his passion, Nash ensures that sports play a role in SNF, especially when it comes to fundraising efforts.

“For me, the draw of sports isn’t just the connection to health and fitness, but the relationships—it’s always been that way,” the former athlete said. “Growing up, I played four to five, six sports depending on the season. Some of my best friends are people I met playing sports as a kid, my wife’s a great athlete, and my whole family just loves being active together. I played professionally for 18 seasons. Early on, it was about proving that I belonged. Later, I was at a place where I was playing for the joy of the process, training, competing, being a teammate, and loving that cycle. When I retired, I didn’t miss basketball as much as I missed being part of a team, that daily work together, all that comes with it. Creating community sport opportunities through my foundation’s events became a bigger part of my life as I adapted to life outside basketball.”

In 2008, NBA stars took to New York’s Lower East Side for the foundation’s first Showdown, kicking goals across the pitch instead of shooting hoops on the court. The match brought together soccer professionals and NBA favourites to raise money and awareness for SNF. The Showdown stopped by Nash’s home province of British Columbia, Canada, the following year, with NBA and professional soccer players entertaining a crowd at Vancouver’s David Lam Park.

Events like the SNF Showdown and the SNF Charity Shield allow sports fans and child health advocates alike to join together and create change, raising funds and awareness for SNF’s work. Nash says that this connection is a powerful tool for fuelling social change.

“If there is a way in which athletes are similar or a characteristic we share, it may be the continual drive towards improvement,” he said. “Social action takes the hope-filled idea of the long arc of the moral universe bending toward justice and bolsters it with the strength of people actively working together towards change, ameliorating conditions of oppression, inequity, injustice. There are synergies, I think, that naturally align some athletes with social service and community work, in that sense of compelling us forward, individually and as a collective. Add to that the visibility of sports, the team component, and there’s powerful potential to engage more support and amplify an effort.”

Both the Charity Shield and the Showdown have been on hold due to changing health and safety regulations amid the pandemic, but the anticipation has been building. Their return to the field will be worth the wait. 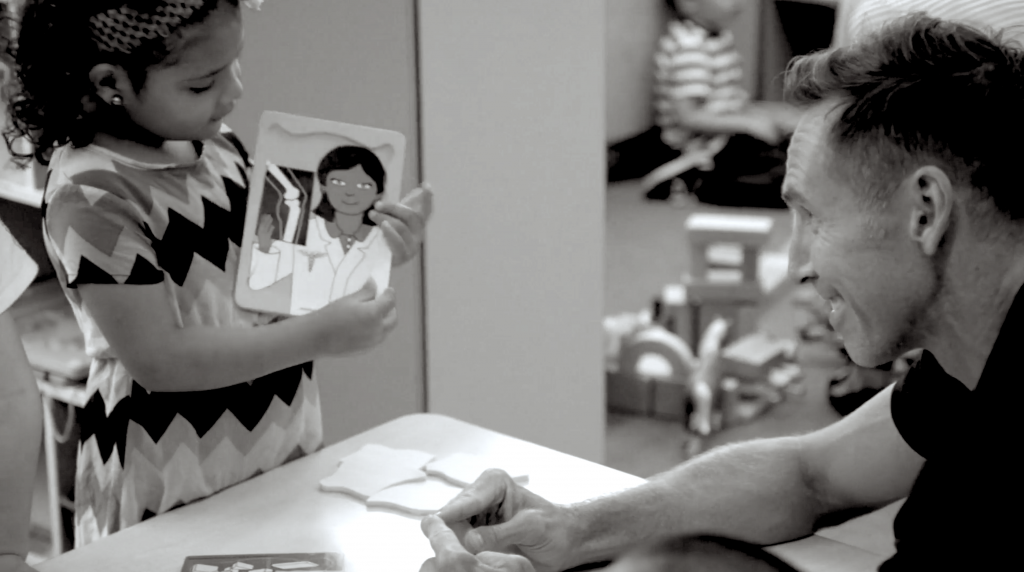 Around the world, child health is an indicator of community health. Children are impacted by their environments and experiences before they are even born. Developments in neuroscience have shared that there are many ways that a child’s earliest experiences can positively impact their growth and development as they age, from maternal and parental health to childhood development programs and services.

“It’s such a fascinating time in child health and well-being—there’s such great need, but also unprecedented access to the science, to understanding the biology and neurology of the need and what we can do to help,” said Nash.

SNF brings research and actionable steps to vulnerable communities across the globe, focusing its efforts on attending to the critical needs of children. In doing so, they are changing the trajectories of underserved communities and, thus, changing the world.

In 2006, SNF established its first project, a post-operative pediatric cardiology ward in Paraguay, which treated over 2,000 patients within the first two years. In 2009, the hospital expanded to include a program designed to address mortality rates from cervical cancers in young girls.

On Nash’s home turf in British Columbia, the foundation awards grants and funding to child-focused non-profits that provide direct health and education services to underserved children. These projects work to identify and address the underlying conditions of poverty, medical need, and restricted access to those resources that contribute to the health and well-being of children. With a powerful focus on investing in solutions to community needs, SNF’s BC Grants program has delivered over $1 million back into the community.

The foundation has since expanded, taking its impact further and creating programs that support early childhood and childhood development and education for both children and parents.

“There’s nothing more powerful than watching a child have access to high-quality early learning opportunities. There’s not a more worthwhile pursuit, not only for that individual, but for the community.”—Steve Nash

This is the sentiment behind SNF’s READy program, which increases diversity, equity, and inclusion through transformative social-emotional learning in public elementary schools.

Designed in the Gulf Islands and launched in Brooklyn in 2021, the READy program uses teacher training, curriculum, and supplies to help students build their vocabulary around feelings, fostering empathy and growth in pre-K – Grade 3 students. READy also offers grants to assist school libraries in increasing the diversity of authors, illustrators, characters, and stories available, with SNF-recommended booklists for readers of all ages.

Through READy, SNF has also worked with the Brooklyn Public Library, establishing a new Let’s Read! Book List and collection of children’s books, working with local teens to create a companion list for high school readers and funding back-to-school kits for local students. To kick off the start of the NBA season, the foundation teamed with Brooklyn-based Bookshop.org to celebrate World Teachers’ Day, filling public school classroom bookshelves around the country through a giveaway to increase the availability of READy-recommended titles.  SNF is currently repeating the opportunity for this month’s Teacher Appreciation Week in the U.S.

A father of five, Nash knows that fathers play an essential role in their children’s development right from the start. Let’s Talk Dads is SNF’s collaboration with the TMW Center for Early Learning + Public Health, focusing on fathers’ crucial role in supporting their children. Through Let’s Talk Dads, fathers can become what Nash calls “our children’s personal neuro-developer” by learning research-based strategies to promote their child’s cognitive development simply by talking and interacting with them.

Studies show that at as early as two months old, babies whose dads were more present in day-to-day activities like bathing, changing, and feeding were more socially responsive than babies whose dads participated less. The benefits of fathers being present continue as the babies age, with higher developmental scores recorded by six months old and more resiliency under stress by the age of two. Bringing that science to dads in the community, Let’s Talk Dads provides weekly, small group classes in infant and toddler neurodevelopment for fathers.

“How empowering the realization that each of us can be our children’s personal neuro-developer, that the sheer quality of our interactions can impact the attitude of inquiry and health of our kids,” Nash said. “The practical application is limitless; as a dad, and as someone invested in early child development, I’m excited to see how far it takes us.”

Begun by Steve and his family, the Steve Nash Foundation is a private operating foundation dedicated to assisting underserved children in their health, personal development, education and enjoyment of life.  Like its NBA MVP founder, the Foundation is a leader in assists…to a slightly shorter population.