Pernell-Karl Sylvester “P. K.” Subban is more than a hockey player—the All-Star NHL defenseman for the New Jersey Devils is an entrepreneur, producer, and fashion enthusiast, among many other passions. His success on the ice has enabled him to pursue achievements outside of hockey—and he has set his sights on philanthropy, working tirelessly to create positive change wherever he goes.

The Toronto native made his debut in the NHL in 2011 and finished his rookie season ranked among the top 25 defensemen in scoring. In 2013, Subban was awarded the James Norris Memorial Trophy and was named to the NHL All-Star team in 2013 and 2015. In 2017, the star athlete led the Nashville Predators to their first-ever appearance in the Stanley Cup finals. In 2019, Subban was acquired by the New Jersey Devils and continues to be one of the NHL’s premier players.

Throughout his professional career, Subban has been passionate about using his platform to make a difference, relentlessly pursuing charitable initiatives that support his community’s well-being and enrichment.

His desire to inspire positive change led him to establish the P.K. Subban Foundation, and since its inception in 2014, the foundation has helped thousands of families across Canada and the United States. We sat down with the star athlete to talk about where his philanthropy started, where it will go, and how he plans to use his platform for positive change.

GH: Let’s start from the beginning! Can you tell us the story that inspired you to start the P.K. Subban Foundation?

P.K.: Before I started my foundation, I was rarely home for the holidays. The idea began when I started visiting children at the hospital on Christmas Eve, bringing gifts to the kids and spending time with the staff. I built a great relationship with everyone and continued to visit as much as I could. Specifically, early in my career, I met a young boy named Alex Shapiro. He played hockey in Toronto, and I became very close with him and his family. After a battle with cancer, he passed away at 11 years old. It inspired me to make a difference, and I started my foundation.

During that experience, he decided to start P.K.’s Helping Hand, a foundation established to provide financial support to families with children suffering from illnesses.

However, his philanthropy didn’t end there. In September 2015, the star defenceman announced his $10 million commitment to the Montreal Children’s Hospital, pledging his support for sick children and their families.

GH: In 2015, you made a $10M commitment to the Montreal Children’s Hospital through P.K.’s Helping Hand, the largest philanthropic commitment by a professional athlete in Canada. What inspired this altruistic donation?

P.K.: I had a meeting with the hospital in Toronto, and they presented the idea of doing something bigger. After I signed my contract with the Montreal Canadiens, we met again to further expand on our conversation. They shared how many children and families I could help, and I couldn’t say “no” knowing how many people we could impact. I knew I had to help in any way I could.

The Montreal Children’s Hospital called the donation “the biggest philanthropic commitment by a sports figure in Canadian history,” and the act inspired the hospital to name the atrium after him. Less than a year later, he was traded to the Predators, but that didn’t stop him from giving back to Montreal.

GH: You’ve had a lot of “career-defining” moments—being on the cover of NHL ‘19, winning the Norris Trophy (awarded annually to the NHL’s top defence player who demonstrates throughout the season the greatest all-around ability in the position), playing on Team Canada in the World Juniors and so much more. What sticks out to you as a highlight of your career?

P.K.: I am very thankful to have played with great players and amazing teams—it has led to a lot of individual success. My ultimate dream is to win a Stanley Cup, and that is the goal I will continue to work towards.

When Subban was traded to the Nashville Predators, he took his philanthropic spirit with him, launching the Blueline Buddies program.
At every Predators home game, Subban would host a member of the Metro Nashville Police Department and an underprivileged youth, providing them with a chance to form positive relationships. Since being traded to the New Jersey Devils, Subban took the Blue Line Buddies initiative with him, continuing to spread joy in a new state. 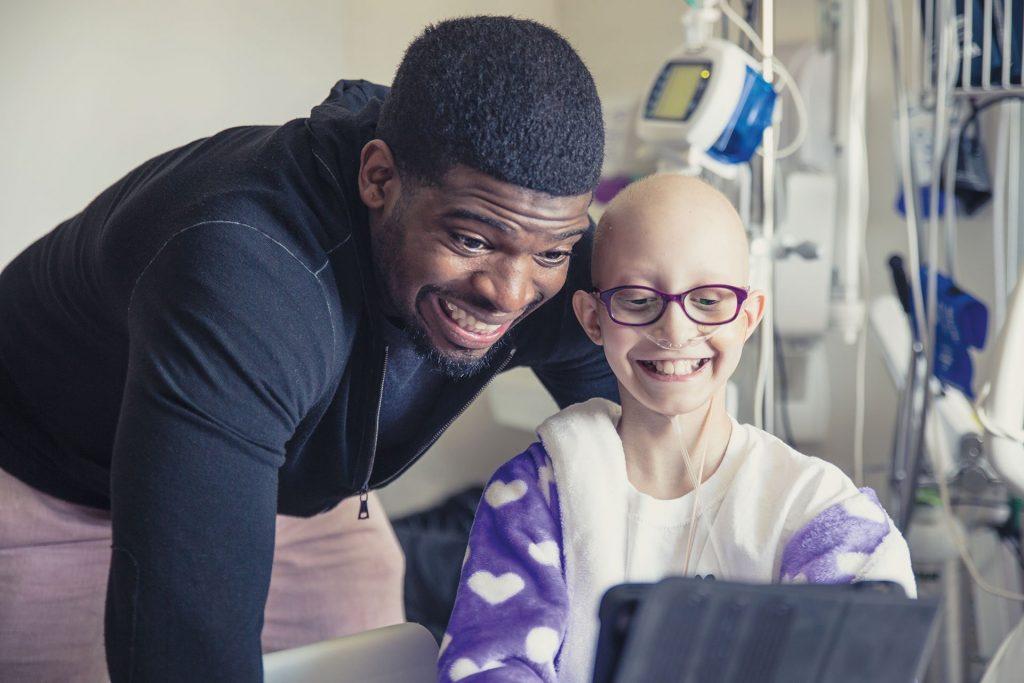 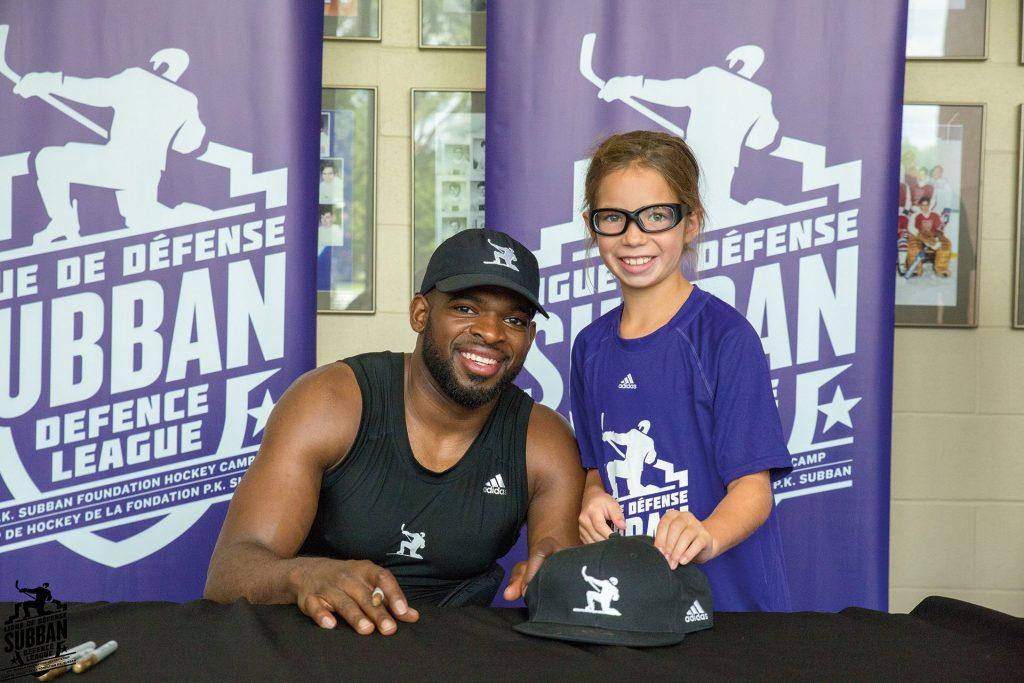 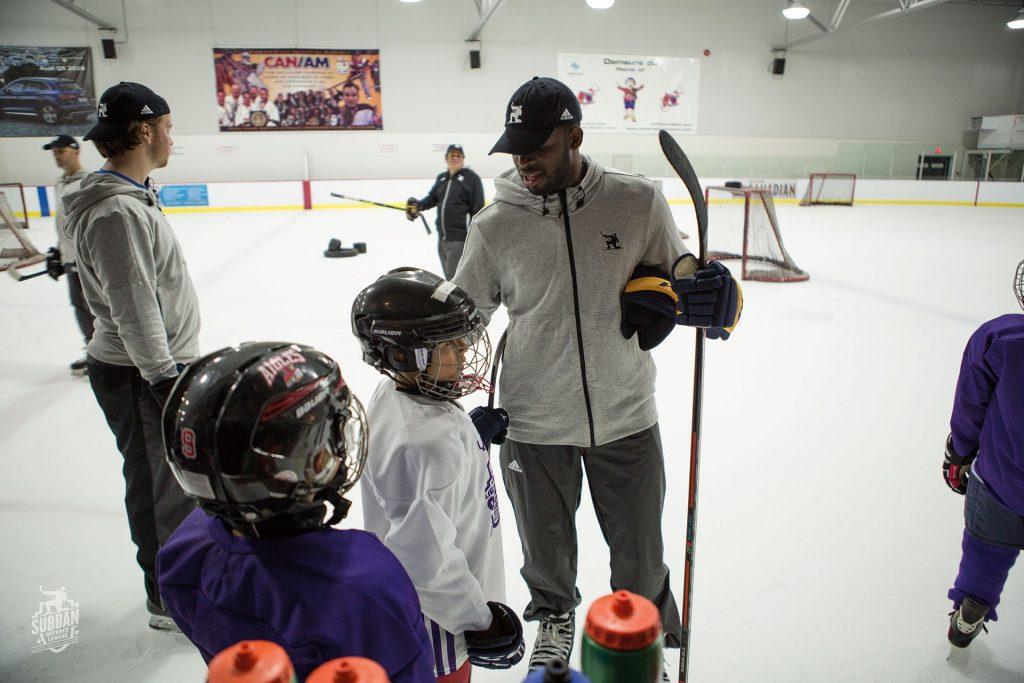 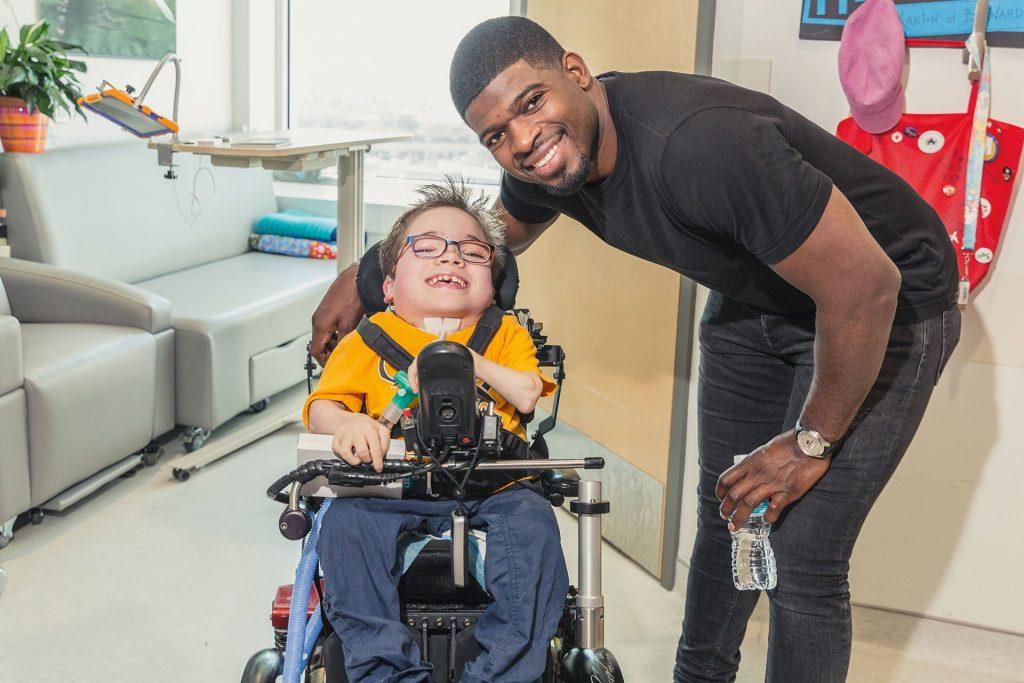 GH: During your time in Nashville, you started the Blueline Buddies initiative, aiming to bridge the gap between at-risk communities and the police. In today’s racial climate, these bonds are more important than ever. How have you seen communities benefit from this initiative?

P.K.: We absolutely have seen communities benefit from Blueline Buddies. Specifically, Nashville and New Jersey have embraced the program. I have witnessed law enforcement step up outside of the program and continue their relationship with the kids. In some cases, they will bring the kids back to games on their own time and money, continuing positive interactions with these communities.

As someone who strives to use his platform for good, Subban not only recognizes but prioritizes the importance of athletes serving as role models. This responsibility is not one he takes lightly and is why he strives to be a part of the solution to social issues.

GH: You donated $50,000 to George Floyd’s daughter’s GoFundMe page, and after reaching out to the NHL and commissioner Gary Bettman, they matched your donation. Why is it so important for the sports world to show their support and speak against racial injustice?

P.K.: I am extremely thankful for the NHL, Kim Davis, and Gary Bettman for stepping up. I am honestly not surprised as they have historically made an extreme effort to be supportive! It is important because sports connect us all. I believe that we, as players, owners, commissioners, etc., have a responsibility to set the right example for how we want to influence communities across the globe.

In light of COVID-19, P.K. Subban and the P.K. Subban Foundation have remained headstrong on their mission to bring light and positivity to communities and families in need—and they’re not stopping anytime soon. For the past five years, PKSF has supported countless programs for children, including “Lire Imagine Read,” a literacy program that has distributed 12,500 books in 30 languages to kids of all ages. Subban looks forward to the future of his foundation and the incredible impact that will come from using his platform for good.

GH: What has been the most gratifying moment throughout the work of the PKSF and PK’s Helping Hand?

P.K.: It is not about gratification; it is about responsibility. When you take ownership of your responsibility, you do not look for gratification in what you do. I am proud to see the people who have stepped up make a difference and help us achieve our goals—making a positive impact in communities.

“My jersey might change, but my message will always stay the same; kids, I’ll never let you down.” 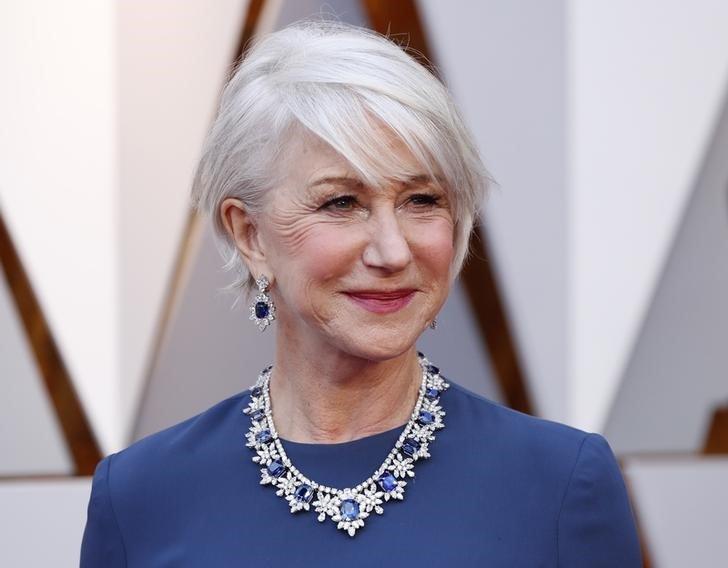 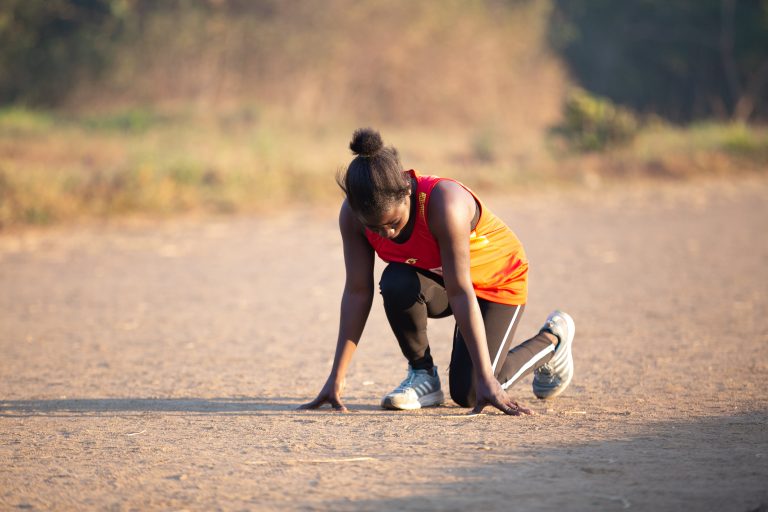 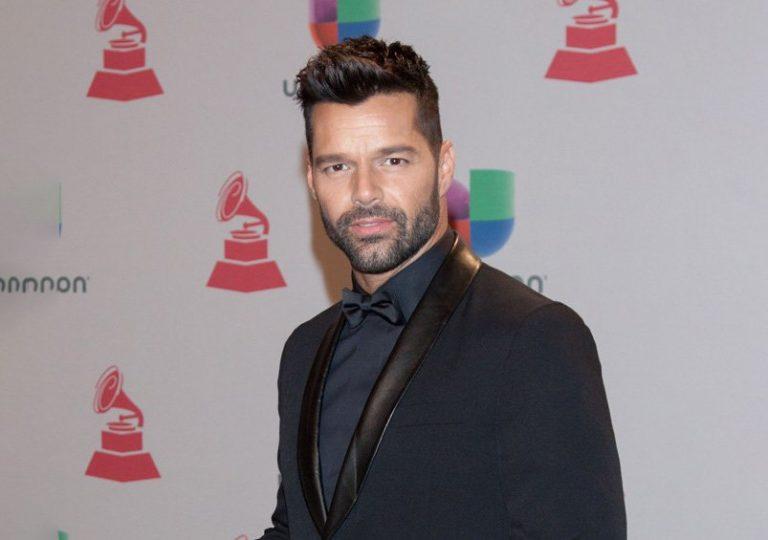 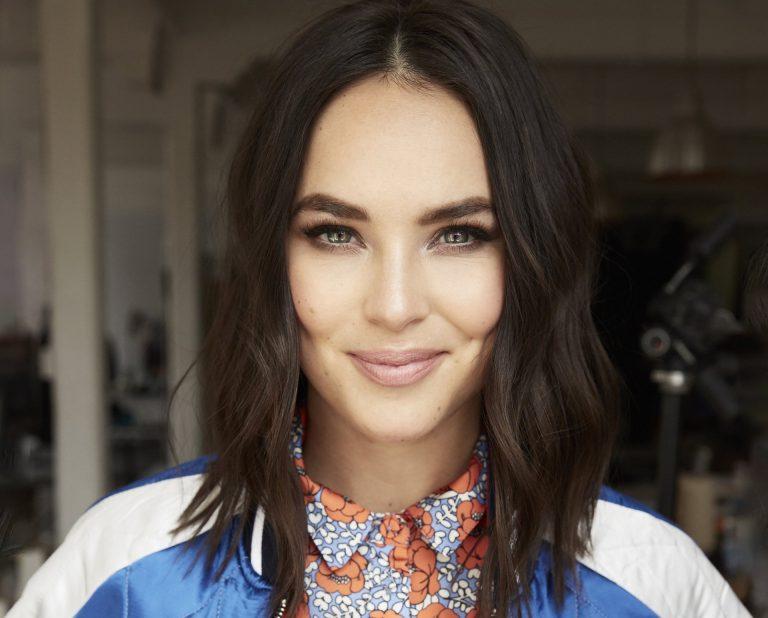