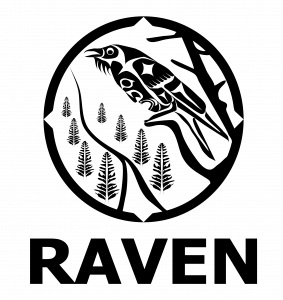 After centuries of repression, Indigenous languages and cultures are undergoing a vital resurgence. As irrepressible as roots that break up concrete, stories—like peoples—have a powerful will to survive and thrive.

At RAVEN, we find hope in the resilience of Indigenous leaders who stand up to protect our shared natural environments. Now, we are calling on people everywhere to stand with First Nations leaders who are taking legal action to defend the Earth for future generations.

Most people are unaware that, though Indigenous Peoples in Canada have some of the world’s strongest environmental rights, those rights are only meaningful if Nations can afford to uphold them in court.

That’s where RAVEN comes in. We use the power of the crowd to fund legal challenges that have protected ecosystems, upheld Indigenous rights, and created better laws.

Here are a few RAVEN campaigns:

Beaver Lake Cree Nation is taking on the tar sands with a legal challenge that aims to force governments to honour the land agreement (treaty) that is intended to ensure First Nation’s ability to survive and thrive. A win in court would require decision-makers to adopt ecosystems thinking—transforming business-as-usual in Alberta’s oil patch and defending a safe climate for everyone.

Heiltsuk Nation is in court to seek legal redress for the Nathan E. Stewart oil spill. The coastal B.C. nation is claiming title to a rich marine area to enshrine their sustainable stewardship practices into law. The case brings together Indigenous mariners, human rights defenders, and people who love orca whales, coastal rainforests, and wild salmon in an unprecedented alliance. According to Heiltsuk counsellor Jess Housty: “There is no force in the country more powerful than the movement we are building together.”

Wet’suwet’en are carrying on a legacy of resistance in B.C.’s north to a fossil fuel corridor that so far, has been thwarted: first, by the RAVEN-backed quashing of the Enbridge Northern Gateway project, and now, by RAVEN-supported resistance to Coastal GasLink’s fracked gas pipeline. Says hereditary chief Na’Moks, “We know that if we do this properly, we can affect every other Indigenous Nation in this country.”

RAVEN is honoured to stand with Indigenous champions of land, air, and water. When we join together, we can be heroes.

In northwest coast stories, RAVEN is a trickster who takes on jobs no-one else wants. By doing so, RAVEN transforms and reshapes the world.

Like RAVEN, the community formed around the intersection of Indigenous rights and ecological protection is spirited and creative. Having been invited by Indigenous Nations to donate, organize, and fundraise on their behalf, RAVEN has unleashed a torrent of passionate engagement. Whether they’re organizing “Pints not Pipelines” brew parties, making “RAVEN” brand chocolate bars, or hosting beachside concerts, our supporters are a force of nature.

In everything RAVEN supporters do, the glint of trickster’s eye shines through. By kindling the sparks of justice, we are tending a bright fire that lights the way forward for this country.

A Time for Courageous Action

This moment, where so many people are looking to overcome racism and embrace justice, offers an opportunity to set relationships right in a world full of division.

Consider making a tax-deductible contribution to RAVEN. Sponsor an event: hold a concert, host an online auction, do an in-store or workplace fundraiser. Involve your business or workplace: many enterprises match employee giving, give a percentage of their proceeds or donate monthly.

Reconciliation is just a word if we don’t give it breath and life. What if you could do your part to put reconciliation into action by doing the very thing that makes your heartbeat quicken—the thing you dream about at night and the thing that gets you out of bed in the morning? Talk to RAVEN about your idea.

We love a good story.